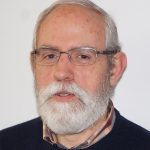 Research Professor at the Spanish National Research Council (CSIC) and current Director of the Instituto de la Grasa, has a degree and doctorate in Biological Sciences from the University of Seville. He carried out his Doctoral Thesis at the Department of Genetics under the supervision of Professor Tahía Benitez on the obtention of amino acids overproducing industrial yeasts receiving at its conclusion the PhD extraordinary prize. After postdoctoral stays in the United States at the University of Illinois at Urbana-Champaign (IL) and at the Case Western Reserve University in Cleveland (OH), where he worked in the characterization of the Signal Recognition Particle of the fission yeast Schizosaccharomyces pombe, joined the Group of Genetics and Biochemistry of Lipids from Seeds (GGBLS) in 1995. In year 2000, by opposition, he became CSIC tenured scientist and in 2008 by internal promotion, a Scientific Researcher. From 2004 to 2016 has been Head of the Departments of Physiology and Technology of Plant Products and Biochemistry and Molecular Biology of Plant products and Deputy Director of the Instituto de la Grasa in 2016-2020 period. Since 1995 his research has been focused in the field of the metabolism of plant lipids, and more specifically in the genetical, biochemical and molecular characterization of the fatty acids and lipids biosynthetic pathways in sunflower and other oilseeds, leading to the publication of more than 110 research articles, 10 book chapters, more than 140 meeting communications, the participation in the development of 10 international licensed patents and the supervision of 14 Doctoral Theses related to this field.
His international recognition in the field of plant lipids, as well as the close relationship with leading research laboratories in the field, has led him to the direct organization of three international conferences, participation in many scientific committees and the recent edition of a sunflower monograph published by the American Oil Chemists' Society (AOCS). In addition, must be notice his participation in the development of high stearic-high oleic sunflower, source of healthy vegetable fat and real alternative to the use of animal fats, partially hydrogenated vegetable oils, lauric fats (palm or coco) or those based on palmitic (palm oil) in the food industry.

We use cookies to ensure that we give you the best experience on our website. If you continue, we’ll assume that you are happy to receive all the cookies on the website.I'm agreeRead more